Day 1 of #MuseumWeek 2017 from June 19th to June 25th: We have prepared a new blog post each day. Today’s hashtag is #foodMW. Leon, who did an internship at Museum Burg Posterstein, was interested in medieval food culture:

When thinking of the Middle Ages and food, many people picture knights dining at kingly laid tables as well as the starving farmer sitting in his deteriorating house. But which of these images comes closer to the truth? How did people in medieval times actually eat? 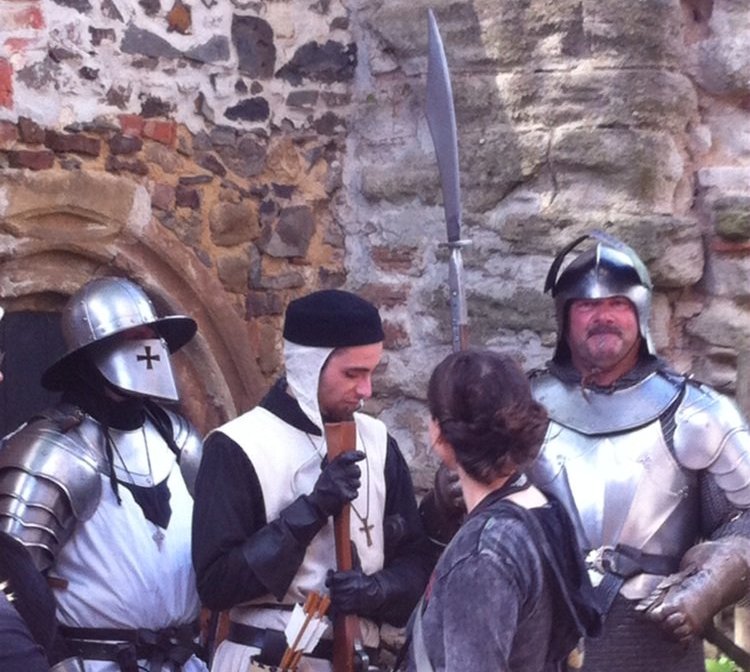 How did people in medieval times eat?

As a matter of fact, a whole new food culture of its own developed in medieval Europe. Contrasting the culinary arts of late antiquity, which had heavily influenced the early medieval cuisine, the chefs in western Europe almost completely renewed their seasoning arsenal. Weeds and spices, such as nutmeg and clove, first entered medicine, and later found their way into the kitchen. Up until the 13th century new rites and traditions of consumption developed in a slow, barely interrupted process. Though „Lucullian“ paralleles as well as equivalences to Byzantium and the Arabian world are to be found, Western Europe brought forth a very own and specific food culture.

But attitude towards food was not the only thing to change. There were also differences in positioning between ancient and medieval times. Roman banquets were often taken in lying down. Accordingly, the served food came in small and handy portions. The medieval man however sat upright. The cutting of food, especially of meat, became an intricate part of dining, and such an honorable chore at a feast was the privilege of the „Steward“.

Dependent of Christian year there was a big difference between „fat“ and „meager“ days.

Between „fat“ and „meager“ days

Medieval Christian man discerned, dependent of Christian year, between „fat“ and „meager“ days. At least one out of three days a Christian was to make do with fish and vegetables. On fast days (as before Easter) dairy, eggs, meat and other forms of animal fat must not be eaten. Exceptions were made for pregnant women, the poor, the sick, the old and children. Fish was not considered meat and thus often served as a replacement. The abundance of food on „fat“ days, which were the holidays, was all the more.

The medieval diet heavily depended on social status. This does not necessarily mean that peasants starved while lords feasted. Crop failures indeed brought upon famines, yet in years of good harvest such troubles were far away. Grain was the basic source of nutrition, mostly made to bread and brought to courts an manors. With bread came meat, fish, fruit, vegetables, fat, cheese and wine. Besides that, grain was also gladly taken in the form of porridge or beer. 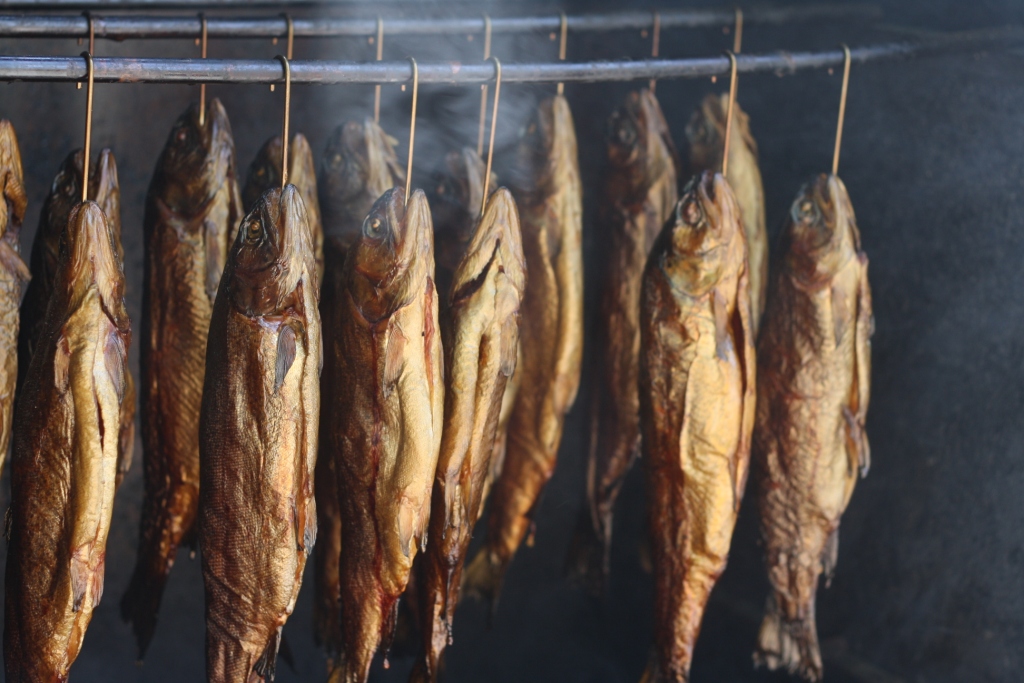 Smoked fish at the medieval marked at Burg Posterstein.

Roots and weeds growing on or near the ground were considered rough and rural. Precious fruit grew on trees. The higher it hang, the higher it was considered. This does not mean that the consumption of vegetables was limited to the world of farming. Especially town citizens appreciated soups and stews and build gardens around and within the cities.

The last centuries of the Middle Ages saw a rise in meat intake. Cattle breeding and hunting brought various sorts of delicacies. Poultry was regarded classier than pork, and the gorgeously feathered pheasant served as an adornment at every knight’s table. The knights of Posterstein were most likely no exception.

So, food in medieval times depended on several factors: social status, religion, season. Knight’s did not exclusively eat meat, and farmers didn’t necessarily starve. Quite the contrary, a new and own food culture developed.